Imaginative Use of the Arts: Music and Audio: Ten Steps Toward Responsible Innovation (Word & World, 1985)

The following article was included as the Preface to the second printing of Borning Cry – Worship for a New Generation in 1994.

THE TWO STREAMS OF CONGREGATIONAL MUSIC

When church members hear talk of “contemporary” worship, their usual reaction is, “We’ve never done that kind of thing before.”  Well, that’s probably not true.  The song tradition (contemporary, by our definition) has run parallel to the formal tradition all through the history of Judeo-Christian worship.  Even when one examines the synagogue/temple practice of the Hebrews, one finds quite a difference.  The synagogue style was more like a town meeting where a discussion would follow the “sermon” by the Rabbi.  References to musical instruments would include the timbrel (tambourine) and lyres and lutes (guitar-like instruments) suggesting a very rhythmic, popular style of singing.  At the temple they used trumpets, large harps and “loud clashing cymbals,” which would suggest a more classical, performance oriented music.  This practice continued on into the early church period.  St. Paul’s references to “psalms, hymns and spiritual songs” suggests that two new elements were added, “hymns” (a style borrowed from the Greeks) and “spiritual songs,” which was a new category probably resulting from the intimate sort of God which the Christians worshiped.  Jesus was a God who not only became human, but also had friends and siblings, and a mom and dad.  The spiritual songs were probably love songs to Jesus and story songs about his remarkable life here on earth.

END_OF_DOCUMENT_TOKEN_TO_BE_REPLACED 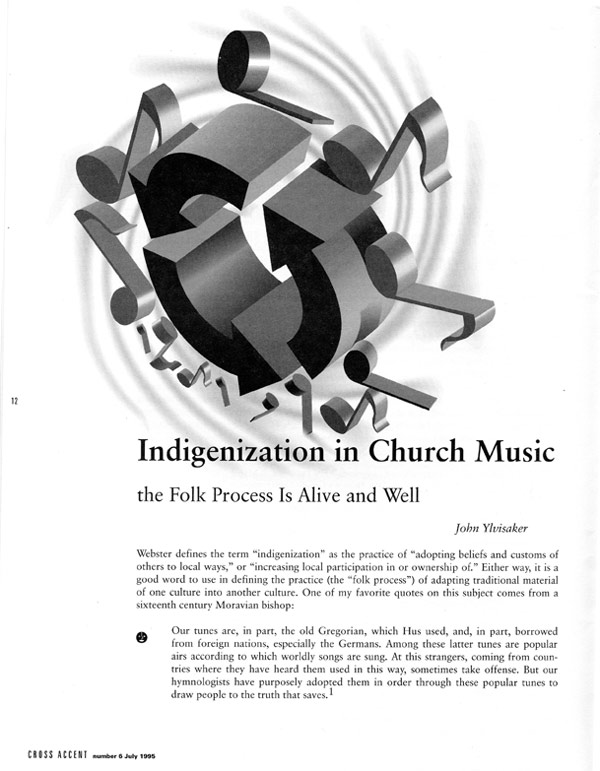 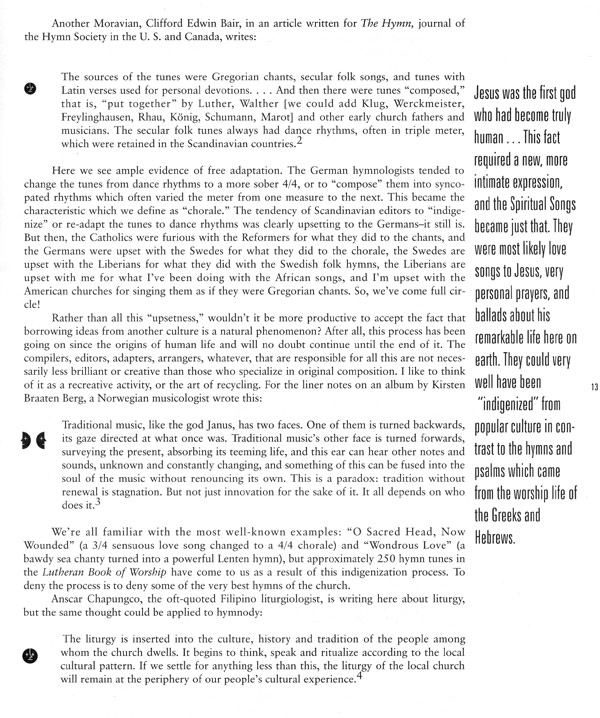 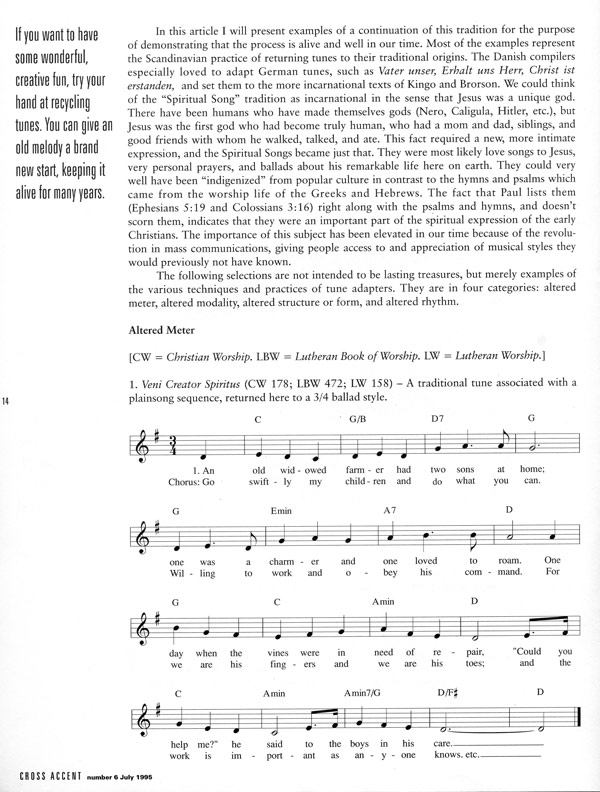 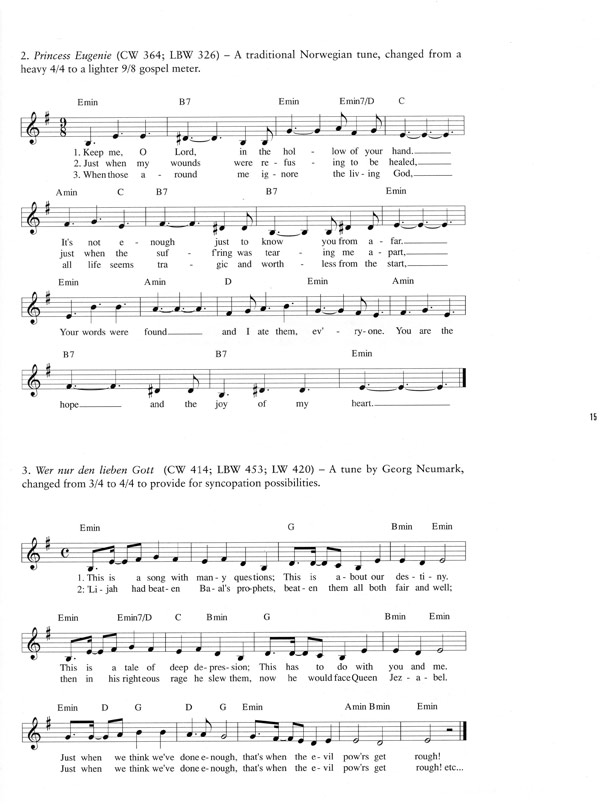 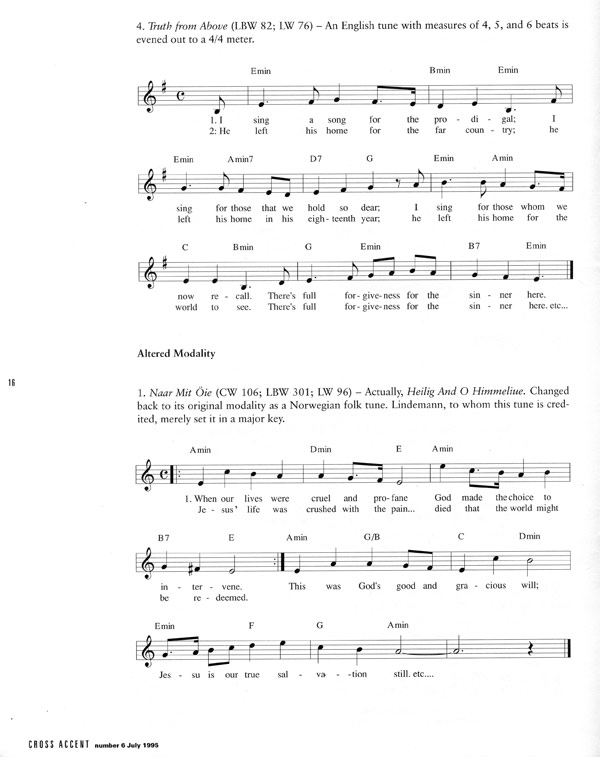 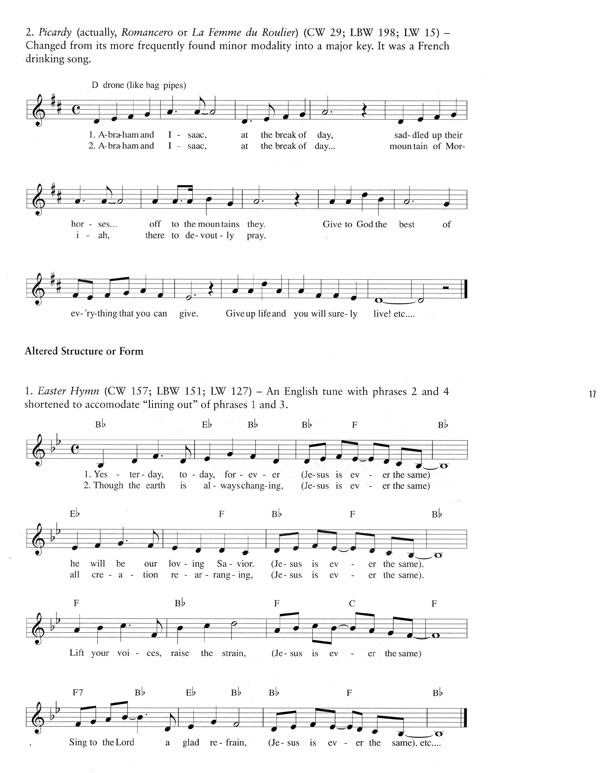 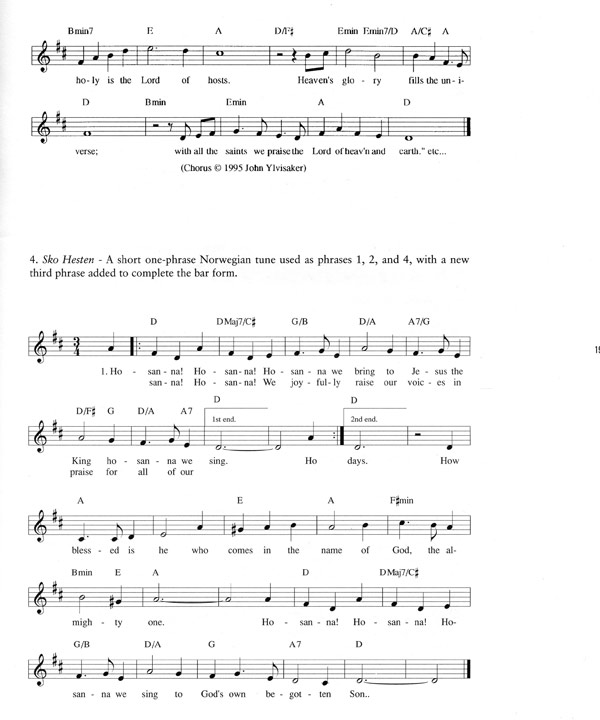 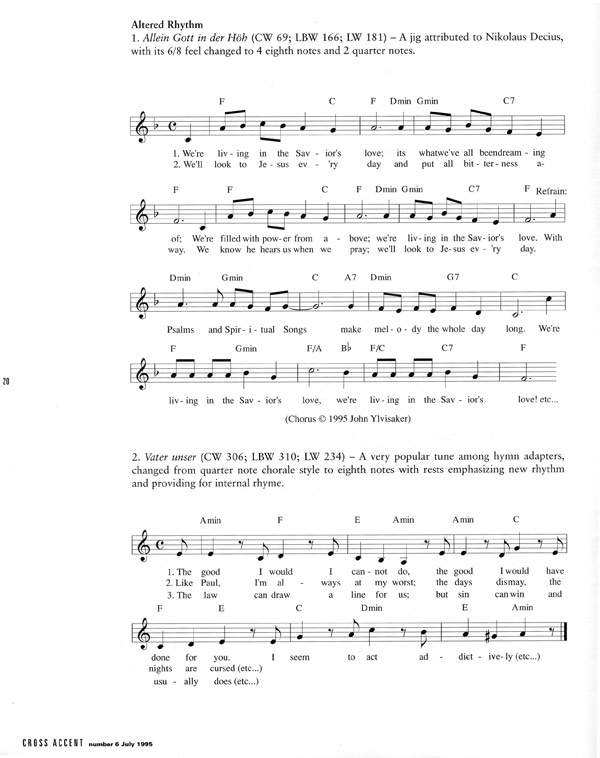 Our tunes are, in part, the old Gregorian, which Hus used, and, in part, borrowed from foreign nations, especially the Germans.  Among these latter tunes are popular airs according to which worldly songs are sung.  At this strangers, coming from countries where they have heard them used in this way, sometimes take offense.  But our hymnologists have purposely adopted them in order through these popular tunes to draw people to the truth that saves.1
END_OF_DOCUMENT_TOKEN_TO_BE_REPLACED